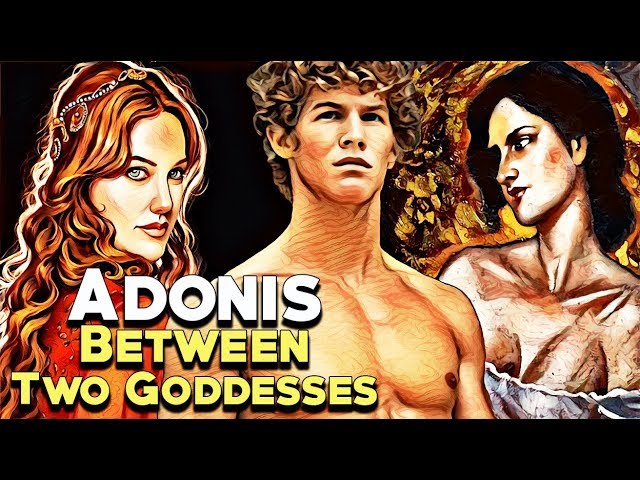 Peter Kingsley’s name comes up a good bit around these parts and on the TaSTA podcast too. I’m just finishing up his book Reality, it’s the first edition, I only mention that because there’s a fairly recent second edition and I’m curious as to what’s been added or amended. I had another dream about Peter again last weekend, a more previous one involved him and Rupert Spira renting pedal boots at a lake and then Peter trying to sell me drugs. I was awful disappointed. Anyway, I had another over the weekend but we’ll get to it. In this article I want to jump into where we get meaning from.

Reality is our first port of call. Please turn to pages 288/9 of Kingsley’s book, where we’re told the following…it’s pretty grim, well, it is but it also isn’t. Because it’s Parmenides and he’s always pulling a fast one. Big mêtis head on him, the cullián:

Really to understand that we are trapped, held fast in bonds, that there is nowhere else to go, no possibility of transcen­dence, is devastating. It knocks the bottom out of everything we once thought we knew.

All of a sudden we are faced, inescapably, with the horrifying reality of what before might have seemed such an attractive ideal— the terrors of complete­ness. For in the experience of completeness there is nothing to become. There is nothing else to look forward to. The endless searching is over.

This is all sounding pretty grim isn’t it. If I’d read that as a suicidal teenager I might have been tempted to end it all there and then. What’s the point of going on? There’s literally nothing else and it doesn’t get any better, well, it does but only when you see through the ‘illusion’ that there is an alternative and that when do you see that you just have to accept it. You can, of course, choose to opt out if you so wish. I’d recommend though that you don’t. You’re a long time dead and it sounds pretty boring from anyone that’s come back. Anyway, back to uncle Pete…

And yet all we need to do is to turn our awareness back, at every moment, to its source.

It only takes the slightest shift in consciousness, the sub­tlest movement of awareness, and instead of being bound and helpless we are binding the binder. We have completed the circle, inside and outside ourselves. Then the bonds and boundaries of existence are not in some far-off place any more, at the illusory edges of the cosmos.

They are wherever we happen to be. And we are absolutely free — not because we are free from something but because we contain everything, every perception and thought, inside our­selves.
This is the experience of utter stillness: more exquisite, more full, than anything under the sun.
And so Parmenides leaves us just where we found him, right in the middle of our very ordinary life. Or so it seems. For if you have understood anything at all in what he says, you will have realized that there is no leaving.
There are no comings, or goings; no goodbyes. And there most definitely is no death.

Oh well, thank God for that. What Parmy is really trying to tell us about is samadhi, awakening, enlightenment etc. Being-ness and Is-ness is all there is and I’ve written about that before and probably will again too. Thankfully though Parmy has shown us the truth though, it looked like he was telling us to find the nearest high bridge and get it all over and done with. 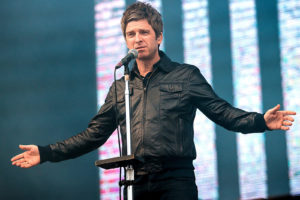 Sorry that the quote is so long but I just want to show here that we tend to find meaning and attach meaning to the things that we already kind of identify with. You see, Kingsley is going to go with the depressing stuff first, he always does but it’s in that depression that he finds hope. And I really like that about him. Oasis’ Noel Gallagher used to do the same thing in his Oasis songs, kick off with something depressing and sad but find the kernel of hope. Peter Kingsley then is Noel Gallagher. Oasis were the guitar band for people who didn’t normally like guitar music; Kingsley is the philosopher for people who don’t normally read philosophy. 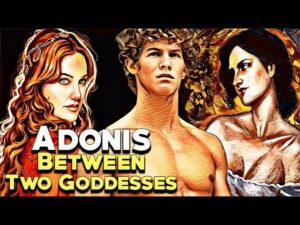 No, come on now, I’m being facetious, mean and not very nice. Well, yes, I am but there’s also truth to it. Look, there’s no getting around that Kingsley’s knowledge is pretty fantastic regarding Parmy, although, equating Persephone with Aphrodite in a kind of erotic Yin-Yang, death-vs-sex, all-girl, all-goddess-duality is a bit of a stretch, seeing as Aphrodite was her aunt/great aunt, depending on certain myths and/or also, a rival in love for Adonis. Indeed it was Aphrodite who made Hades fall in love with Persephone in the first place and it all went sour for the poor girl after that. Didn’t Zeus bone her too? He took the guise of a serpent and did, they had a child; Zagreus and then Hera, Zeus’ main squeeze killed the poor kid. Greek myths are seriously messed up.

Anyway, look, what I’m getting at here is that I’m not quite convinced that we don’t add our own meanings onto what we interact with. OK, let’s apply mêtis, dispel the ‘illusion’ and see through reality to ‘really’ see what’s there but you’re still going to hear/read/see, or understand, a song/poem/film as how you interpret them. You simply cannot be objective, and indeed, according to Kingsley’s understanding of Parmy, knowing that you cannot be is the best outcome. Engage your senses, all of them and see reality for what it is. And while you can bask in the is-ness of existence you’re still going to pass a judgement on whether an ice-cream tastes good or not. Knowingly engaging with existence is the key to applying mêtis.

Just to add, with music, when you add music video into the equation a song meaning is forever changed from what you might have thought it was. Last weekend, that great 1993 song Runaway Train from Soul Asylum came on a television 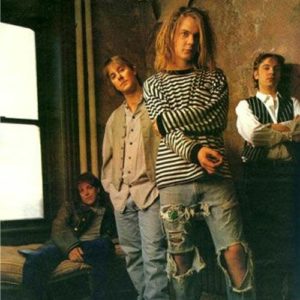 station we were watching. I have very little time for music videos, I listen to music, I don’t watch it thank you very much. That’s not the idea of music but anyway, I’d never seen it before. I had always thought the song was about ‘running away’ from a bad girlfriend. Simple enough. Turns out the song, according to the video anyway, is all about abused children that have ran away from home because of the terrible situations they lived under and now the song is ruined. And it really was, turns out thanks to the milk cartons featuring the missing kids in the video some, not all, were found. It’s properly tragic. Now, I’ve ruined it for you. But you’ve probably seen it. Probably.

As teased in the intro I had yet another Peter Kingsley dream over the weekend. He had a wheel type of thing and inside the wheel was a smaller wheel that was geared to the larger one. The smaller one was powering the bigger one. He enlisted me for moral support and we hit up the Oxford and Cambridge Universities. He was going around from university department to university department trying, in vain, to convince professors he had reinvented the wheel and this was going to revolutionize the world. All the professors just told him to do one saying things like, ‘look, we already have that/that was invented yonks ago/what are ya at, ya plank, we’ve had wheels and gears for years, this doesn’t help anything’ Poor Peter was distraught, it’s one thing to be rejected over an email or in text, it’s another to get it to your face. So we went to the pub, had a few local ciders, are ciders local to Cambridge or Oxford? Are they even close to each other? Nobody knows. Well, they do know. English people do. I don’t. I’ll look it up. Oh, they’re like 140km apart. Which is ages away. Anyway, a few pints and I consoled Peter and that was that. 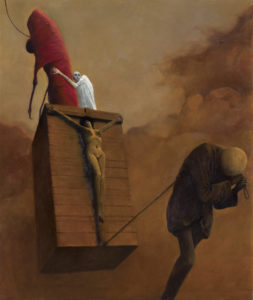 Surely then we can agree that we give everything our own meaning? Sometimes though, we are given something. Kingsley argues in Reality and in In the Dark Places of Wisdom that Parmenides was given his teaching by Persephone and who am I to argue that he wasn’t? He says that Parmenides didn’t put any of his own spin on it and just delivered it as he received it. Even though Persephone does play a few tricks along the way. I’m convinced that Kingsley has the meaning of the poem spot on for what it is but let’s remember that what remains are something like 160-ish lines of a 600+ line poem and the 160 lines that did survive were recorded by someone else much later.

A week or so after I had my K&C with herself, the synchronicities were still popping but slowing down. One morning I heard a voice whisper ‘Amon Tobin’. If you don’t know Amon Tobin, he’s a Brazilian music producer living somewhere in England. Think Fourtet, RJD2, Moderrat…I call it shoegaze dance music. I’ve seen him live at least once, maybe more, I’ve been to an awful amount of festivals and can’t remember everyone I’ve seen but for sure I’ve seem him at least once, so I knew the name when I heard it. I spent most of that day researching him, trying to find out what the HGA was telling me. As I worked I listened to everything he had on Spotify, reading up on him as much as I could and was getting nothing. Just frustration. Which is slightly more than nothing yes but all I could think was, what am I missing here?

As night came I threw in the towel and gave up, which is the same thing but with added effect. Or so I thought I had. I was on YouTube looking at a few things and decided I’d check out his YT channel, below was the first video that came up. Something weird about it was the fact that it was uploaded on what is one of the most significant days of the year for me. It was too much of a synch to dismiss. On watching the video, the meaning was clear. Oh, it’s a NSFW video too, there’s a big, floppy dong in it.

The meaning of the video is quite obvious; take the leap of faith. But dear reader, my questions to you then are; was I given this or is that just the meaning I’ve put on it? And, for you, how many things have you been given to understand?