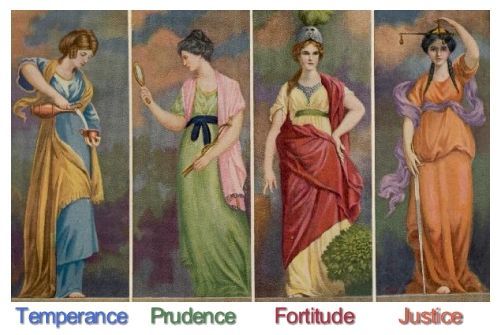 Sometimes it’s good to take on a topic that’s a bit taboo so that you can straighten out your thoughts on it. the topic came up on one of the TaSTA podcasts recently and it wanted to go a bit more into it, so What does ‘Man Up’ Mean?

The phrase ‘Man Up’ has a bad reputation but honestly I’ve always seen it as a good thing. I understand why it’s a bit of a sensitive subject but associating the phrase with what has become known as ‘toxic masculinity’ is the absolute opposite of what I’d define it as.

Growing up in 1980s Ireland it wasn’t ‘manly’ to show feelings. I wrote last time about attending tons of funerals growing up and it was a rare event to see a bereaved man crying at a funeral in the village. It wasn’t gossiped about or anything like that, it just wasn’t really a thing. You’d see men crying at funerals on American television programmes or films but hardly ever in real life. The odd time it would happen but more than likely it wasn’t a thing.

Now this can be put down to a few things. The man was supposed to be the rock for other people to turn too. He would put his feelings aside for the time being and be there for others. At least that was the way I saw it, it wasn’t until I got a bit older that I understood that for many people in rural Ireland showing emotions publicly, particularly sadness, was showing a weakness. Thankfully things have changed now and men are a bit more open in public with their emotions and there’s no stigma surrounding it at funerals anymore.

It’s a weird thing to think that telling someone to ‘man up’ or ‘be a man’ has become entrenched with the whole idea of what we now call ‘toxic masculinity’. But first let me explain what I believe ‘man up’ to mean.

What does ‘Man Up’ Mean?

Luckily for me there was usually a bit of philosophy around my house, my uncle is a priest and he used to tell me about various philosophers, from Aristotle to Zoroaster, Plato to Nietzsche to Sts Francis and Thomas Aquinas. Martin Luther always got a bashing, not a philosopher of course but his name came up a fair bit, particularly as he came from the order of priests that ran my school, which wasn’t the one he’d gone to. Anyway, the wee geek that I am, I thought it was interesting stuff. These men of history wrote books and gave teachings on what were basically the ethics of being a good person. What’s not to like about that? It was back then I learnt about the four virtues, also known as the cardinal virtues in Christianity. They are; Wisdom, Justice, Courage and Temperance. The Christian versions would list them as; Prudence, Justice, Fortitude and Temperance.

So that was it for me and always has been. To be a good person you lead by example and try to strive towards seeking wisdom, being fair, being brave and having self-control. To ‘man up’ meant to be a good citizen of the world, an ethical person. Of course this is very much easier said than done but these four little words hold much power and you’d be hard pressed to argue against living a life that doesn’t involve them. They’re the opposite of what I’d think of when I hear the words ‘toxic masculinity’. Total opposite. Men who display toxic behaviour aren’t wise, just, brave or temperate. They’ve failed on all four counts. Failed spectacularly.

What’s gone wrong then? Or maybe I’ve misunderstood the term all this time? But for me, ‘man-ning up’ has always meant ‘be virtuous’. How could it possibly mean anything else? The Chinese philosopher Confusious once wrote “The virtuous is driven by responsibility, the non-virtuous is driven by profit.” and St Thomas Aquinas wrote “Happiness is secured through virtue; it is a good attained by man’s own will.”

Confucius saying there that a good person is driven by his inherent responsibility to be good while Thomas Aquinas says that man’s will is to be virtuous, which is what brings true happiness. While these ideals of eastern and western philosophy are nice to think about and to try and live up to growing up in a culture/society or household where emotions are denied cannot lead to emotional happiness at all. But we can all take it on ourselves to break the chain of emotional denial. It’s not ‘manly’ to push down your feelings, it’s cowardly. The courageous thing to do would be to face them head on and deal with them and the consequences.

There’s no need to go into a tirade about ‘toxic masculinity’ here. We all know what it means by now. There was a very interesting article I came across last week from Psyche.co entitled “Talk of toxic masculinity puts the blame in all the wrong places” where the author really went into why labelling a problem isn’t good enough to tackle it. There’s this common parlance on Irish radio where some pundit will come on a show and when they run out of ideas they’ll toss out something like ‘we need to have a conversation about XYZ’ all the while being totally unaware that they’re actually involved in a conversation at that very moment. But this is part of it, labelling something as a problem does very little, all it does is give it a name. Admittedly it’s a start but all too often we get stuck at the start of something and never progress, let alone bring it to a satisfying conclusion. Anyway, the article is quite good and really makes a great point of showing up middle class pontificating for what it really is; just that, all talk and very little action. If the west is to put an end to ‘toxic masculinity’ it has to tackle the root causes of social inequality.

So much of our behaviour comes from what we saw growing up and being raised by whoever it was that raised us and by our peers. If you’ve heard of mirror neurons you’ll know they’re bloody fascinating. Basically a neuron is a bit like a path builder in your brain, you take up a new habit and after a while a new neuron is established in your brain and it becomes associated with associated behaviours and triggers and the like. Mirror neurons pick up on the behaviour of others in your circle and your brain learns a behaviour from them. A bit like a crossroads or an intersection on a motorway. Fascinating stuff. This is probably why I would have voted for the same political party as me auld lad, or supported the same football team, or why we use the same swear words at similar moments. It’s hardwired into your brain from an awful long time ago.

But this is where we can break the chain of bad behaviour. Like stopping smoking or drinking it’s not easy because the brain has built some hardwired neurons in there and they’ve now part of the infrastructure. Finding a detour around them, over them, under them or just plain bulldozing right through them is how to break them on a personal level. If you want to give up smoking you need to stop the behaviour of having one while waiting on the bus, having a last one before bed, having one with a coffee at lunch etc.

I’d like to think that most people want to be a good example for others around them. Some are, obviously many aren’t. But I want to be and I try to be and on my bad days I even try to want to be. None of us are getting out of here as a perfect specimen but if we want to leave this world a better place when we depart it then we have a responsibility to be virtuous, to be brave, just, temperate, wise; to man up.