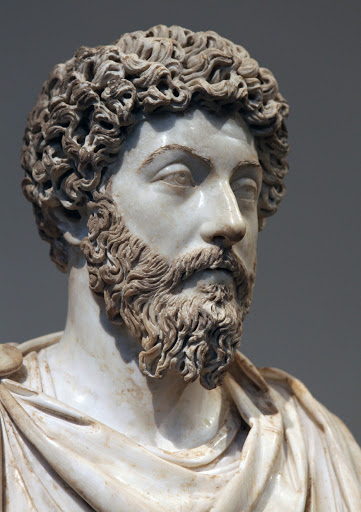 Marcus Aurelius is a name familiar with us all and with Stoicism making a bit of a comeback over the last few years (what a weird thing to write, a philosophy making a comeback, well, y’know what I mean, there are tons of Stoic-themed podcasts and YouTube channels now) his name has become even more widespread. Which is no bad thing. I hadn’t read Meditations until late last year so I can make no claims to be some kind of stoic hipster that was doing it before anyone else. What exactly would a stoic hipster be anyway? Wasn’t the school of thought prior to the early stoics Cynicism? No matter, Meditations is a belter of a book, it’s as simple as that and one of those rare books that you find yourself going back to time and time again because it’s full of globs of wisdom and pearls of philosophy.

There’s a passage in particular I want to have a look at for this post. If you have a copy of the book, it’s from Book 4, verse 1-3. What really struck me here about these few sentences is Aurelius’ way of acknowledging that the world is full of distractions and our minds will follow them to their unending ends but learning to quieten the mind and appreciating its connection to the universe/the One/etc./ gives us not only our sense of our true place in the cosmos but also total freedom within ourselves.

He starts off with acknowledging his, and all of ours, propensity to give in to desires…

“Men seek retreats for themselves – in the country, by the sea, in the hills – and you yourself are particularly prone to this yearning. But all this is quite unphilosophic, when it is open to you, at any time you want, to retreat into yourself.”

Poor auld Marcus gives out to himself quite a bit in the book, it was his personal diary after all, and here he is telling himself off for the horrible crime of even wanting a holiday. But here’s the thing; there comes a time when we all have to admit it; holidays aren’t relaxing. The preparation, the packing, the travelling, the puking kids, the getting lost, the tourist traps, being ripped off by taxi 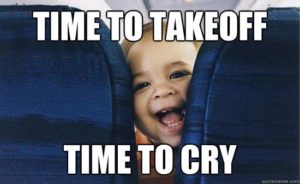 drivers, upset stomachs from water you’re not used to drinking, sleepless nights because the place is noisier or not as dark as your bedroom. We don’t need holidays to relax. You have everything you’ll ever need right between those floppy ears of yours. And yes, you might roll your eyes but give the former Roman Emperor a chance here…

“No retreat offers someone more quiet and relaxation than that into his own mind, especially if he can dip into thoughts there which put him at immediate and complete ease: and by ease I simply mean a well-ordered life. So constantly give yourself this retreat, and renew yourself.”

Here’s a man who ruled over the biggest empire in the world at the time, saw off rebellions and won wars against invading forces, deflated the Roman denarius so more people would afford food and did what he could to save people from an outbreak of Plague during his reign. And, here he is, in his personal diary, telling himself not to become distracted by the outside world and to enjoy the fruits of a steady mind. A mind that knows its place in the world…

“Look at the speed of universal oblivion, the gulf of immeasurable time both before and after, the vacuity of applause, the indiscriminate fickleness of your apparent supporters, the tiny room in which all this is confined. The whole earth is a mere point in space: what a minute cranny within this is your own habitation, and how many and what sort will sing your praises here!” 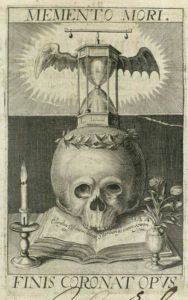 We’ve a saying in Ireland ‘You’re a long time dead’ and the Stoics were big on this. I’m sure you’ve heard the phrase ‘memento mori’ before, if not then please do look it up. Nothing gives life more meaning than to know it’s all incredibly temporary. I’ve had a streak of existentialism in me for pretty much as long as I can remember and I’m not really sure where it came from. Maybe it was growing up in rural Ireland where there’s another saying ‘a good funeral is better than a bad wedding’ although this probably, well, more than probably, can be traced back to the Bible where in Ecclesiastes 7:2 it says “Better to spend your time at funerals than at parties. After all, everyone dies— so the living should take this to heart.”

Death was everywhere when I was growing up, it was, well, still is, a small village and when someone died you usually went to the funeral. You just become accustomed to it. Living in the different places I have over the years it always blew my mind that people didn’t attend the funerals of neighbours. I think it’s good to give the dead a good send off and to celebrate their lives with other mourners and as sad as it usually is it’s good to share stories about the deceased and even get to know them a bit better after the fact.

Anyway, we’re a long time dead and we’re not very significant. That’s something I’ve always believed. But we are significant to our friends and family and we should be able to set an example for how to live a good life. That doesn’t mean hedonism though, it means striving to live a moral life.

“Finally, then, remember this retreat into your own little territory within yourself. Above all, no agonies, no tensions. Be your own master, and look at things as a man, as a human being, as a citizen, as a mortal creature. And here are two of the most immediately useful thoughts you will dip into. First that things cannot touch the mind: they are external and inert; anxieties can only come from your internal judgement. Second, that all these things you see will change almost as you look at them, and then will be no more. Constantly bring to mind all that you yourself have already seen changed. The universe is change: life is judgement.”

Once you quieten the monkey mind you have the reigns and are the master. Can it ever really be

mastered though? I think even the most enlightened of people still lose their grip of the reigns and the horse is always waiting for his chance to bolt. I’m reading this beast of a book of late: Living Theurgy and the author explains the ins and outs of what the Neoplatonists believed made up the soul/mind. It evolved as time went on but in early Greek legends the soul was made up of two parts, the rational and irrational, both were thought of as horses pulling a chariot (showing your Proto-Indo roots there lads) with one pulling in one direction and the other in the other. Balance being the key to a happy soul/mind it would seem. Funny how so many philosophies all hint at the same thing isn’t it?

Everything is temporary and as Aurelius says our anxieties come from our internal judgement meaning they are the fault of our monkey minds and when we control that beast we can control our reactions to what is causing the anxiety. Even hopefully being able to catch it early enough to stop it completely. All is change though and ever-changing, we have very little, if any, control of what happens around us, we can though, at least, attempt to control our minds and how we react. Indeed, we have a moral responsibility as good citizens of the world to do so.