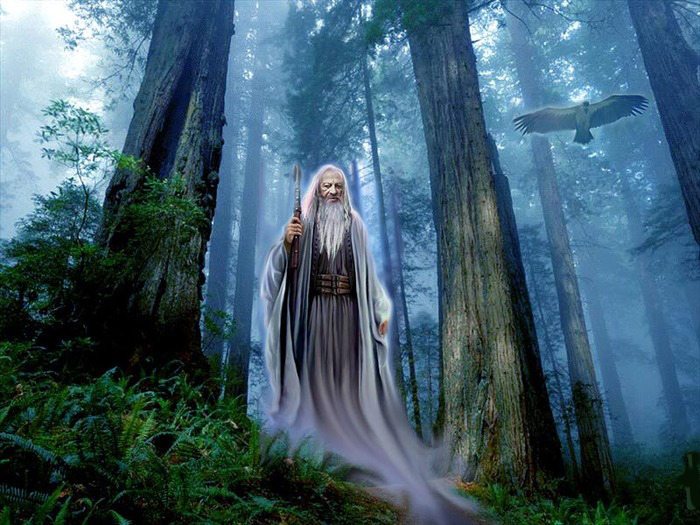 The quote is taken from Mark William’s Ireland Immortals – A History of the Gods of Irish Myth, page 166.

Many moons ago now when I was making flirty eyes at music journalism, like all good, failed musicians, I had a thing for Irish rap. Of course this led to plenty of interviews, free albums and gig passes but, unlike, the vast amount of musical genres what makes rap a load of fun is the rap battle. 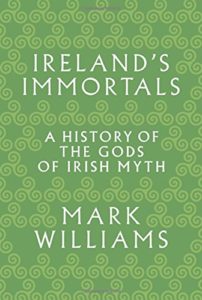 Obviously enough you’re going to be thinking of lads in tracksuits free-styling lyrics over a beat with the aim of bettering their opponents. Lots of swearing and belittling goes on. You’re almost correct with your mental image though. In Ireland and Britain most rap battles don’t involve any music and it looks like what the Septics call Slam Poetry. It’s pretty bizarre in fairness, seeing working-class lads abuse the bejaysus out of each other in front of a crowd of young people in what is, basically poetry. But don’t call it poetry, it’s rap, but it’s rap without the beat, which is pretty much poetry but you just can’t call it poetry.

The Book of Leinster holds the oldest known Irish example of something not a million miles from today’s rap battles, the Colloquy of the Two Sages (Immacallam in dá Thuarad ). This 12th Century, 187-page book is home to some of the founding stories of Irish mythology. The Book of Invasions , Lebor Gabála Érenn (Irelands’ creation myths) is included in its pages, as is the most complete version of Táin Bó Cuailnge, the legendary story of a civil war in Ireland over a bull, and, used to hold, the Martyrology of Tallaght until the pages were lost. Why mention this last one? Well, the Martyrology of Tallaght was a book used by Irish clergy as it contains the Saint Days and an general entry about the day regarding Irish history, usually. It dated though from some time in the 8th-9th century meaning that our epic rap battle could be from around that time, although must accept it as coming from closer to the time of the Book of Leinster.

It’s quite a long poem and we don’t really need to go into it all here but the section at the beginning of the article is what really caught my peepers. But we need to have a quick synopses to get an understanding of it.

There was an ollamh called Adnae in Ulster. He was the foremost ollamh of  science and poetry. An ollamh was a high-ranking poet or fili. Now the filí were basically the remnants of the druids. Men of learning. Adnae was a poet of the court of Conchobar mac Nessa, probably the most famous of the Ulster kings. Poets back then were also historians, story-tellers, bards, and what we would call these days genealogists. If you told this lad your full name he’d be able to trace back your roots to earlier tribes and chieftains. Adnae died suddenly and his role needed to be filled. His son, Néde, was studying the ‘sciences’ of the time in Scotland and one day at the seashore he heard the waves tell him of his father’s death and that another fili, Ferchertne, had been given his father’s fili robe after his death by a chap called Bricriu.

Bricriu’s name pops up a bit in the Ulster cycle and he’s a bit like Littlefinger from Game of Thrones. Scheming and disrespectful towards the Ulstermen he finds himself in a position of power but does get him comeuppance in the end. Anyway, for this Colloquy of the Two Sages he meets Néde on his return to Ireland and tells the young fili that he cannot become the ollamh as he’s too young. Néde casts a spell and the grass in his hand becomes a long, flowing beard and takes his place in Adnae’s vacant chair close to the king. Bricriu, being the whiny sod that he was, goes off and tells Ferchertne about it, who then storms into the court demanding an explanation as to why Adnae’s son is sitting in his courtly chair.

What follows then is a battle of wits and intelligence, guile and spirit in the form of a poem. Ferchertne ends up winning but is so impressed by Néde’s intelligence that he takes on the young fili to help him finish his education.  A reminder then of the lyrics that caught my eyes:

I am a son of Poetry

Just prior to this section Néde asks Ferchertne what gives him the right to be where he is. Ferchertne replies that he’s basically a lynchpin element in important things and without him they couldn’t work. Obviously enough implying the court wouldn’t function without him in his role. He asks Néde what does he know of the art of poetry and the scene is set for Néde  to play his aces and make his argument to win.

Poetry was the highest artform in Ireland, it was through poetry and the oral tradition (eh now, stop the teenage jokes) that the druids and the later fili learnt their trade, or indeed, trades as the case was. Druids and fili were actually divided into subcategories, some were experts in history, some in law, some in spells, some in divination etc. But to be one you had to learn the ways of the language inside out so that you could eventually bend it to your will once you became a druid/fili. Here, Néde lays out his case that he’s the son of Poetry, i.e. the highest form of knowledge and that his knowledge comes from a long tradition of scrutiny, meditation, instinct, wisdom and so on. The last lines claim he comes from the line of the Three Gods of Skill who were Tuath dé gods.

The gods of skill were: Guibniu, a blacksmith, Credne, a bronze smith and Luchta, a wright (a master of woodwork). The three brothers were sons of the Tuath dé goddess Bridgit, herself the daughter of the All-Father god, the Dagda. So you see here that Néde is saying that the very roots of his wisdom and knowledge started with the three gods who worked with their hands to form masterful crafts. This mastery led on to wisdom, which then led to understanding, great sense etc.

What’s also implied here is that meditation, insight and investigation were all of great importance to the druids/filí. Something which has all but been washed out of Irish history and mythology. But the druids came from the Vedic tradition of India, of course they meditated. It was from the Vedic tradition that the Buddha himself learned to meditate after all. Eventually I’ll get around to an article about Celtic/Druidic mediation but to shorten an already long article it went like this:

Looking back into our mythology we can at times catch real glimpses of what the spiritual practicioners did. There’s not much evidence but from what we do have we can put together pieces that show the druids weren’t just beardy-biker-looking dudes with sickles chopping mistletoe and sleeping under oak trees but were actually insightful mediators obsessed with acquiring knowledge, wisdom and mastering crafts.

Finally then, the Colloquy of the Two Sages, would seem to be an Irish version of Flyting, which dated from around the same time too, Flyting was an exchange of insults between two people. They weren’t usually written down but again, what’s interesting is that it wasn’t really the trading of insults here, but it’s more like they’re fighting verbally for a job that’s going. Imagine you had to do a rap battle to bag your next job, now that would be fun. Oh and Mark William’s book is fantastic. I’ll be writing a good bit more in it in the coming weeks and months.