The most difficult thing about writing isn’t the writing. That’s actually the easiest part. Writing well is obviously a little more difficult as there’s meant to, at least, be some editing involved but the toughest thing, for this version of whatever this incarnation is, seems to be the confidence to run with what ideas to write about. Only really on the days when I’m flat-out busy with the horses or something similar do I not think about writing something. But if you follow this blog you’ll know I don’t post often and that’s because 99.99% of the things I think about writing end up being tossed into the bin, three-pointer, Hail Mary-basketball-style shots of course. And swish ones too. Of course. We all play the hero and the victim at the same time don’t we? Oh, I’m so useless, I can’t write, pity me while I make this awesome three-pointer shot from across the court.

Now, those 99.99% of my ideas can’t all be bad, can they? Of course not but let’s safely say that about half or even 70% are muck, then we’re left with about 30% of the ideas being good. Why don’t they make it to the page then Spud?

Well, I think I put on a good face but it’s this immense lack of confidence I have in myself and my abilities, mix this in with the overwhelming sense of imposter syndrome among the likes of my occult peers and you can quite quickly see why when I do come up with an idea that I’m toying to write about, I sit with it for a bit and then just think ‘ah fuck it, it’ll be shite and anyway, what exactly can I say that hasn’t been said before?’ This is the same old problem I seem to have had for years and years and years. And years and years and years. Donkey’s years as we’d say at home. 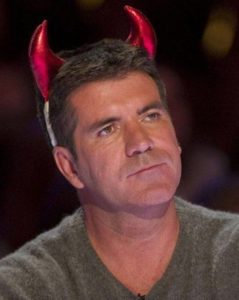 Tommie and I have spoken about this both on the podcast and in private too. I seem to have this nonsense idea that everything we do creatively should be original. Isn’t that impossible? Imagine a world where every song and every poem and every film and every newspaper article was original. We’d only have one love song in each language, or maybe we’d allow one per year? Actually that’s a terrible idea, it would all be done thanks to one of those heinous ‘Talent’ text-in shows that pollute weekend television. We’d have one break-up song for each tongue too. Now, there would be pluses to this. Adele wouldn’t have had a career, not that I bemoan her having a music career and becoming minted but y’know, all her songs are the same so she wouldn’t have made the cut. Unless she’d won my imaginary talent show that it. But messing aside, how can we be original? Is it possible? Maybe the only music on radio would be Jinx Lennon, imagine that world. And if you don’t know Jinx Lennon, well, take some time and wallow in his mighty weird-greatness.

Interestingly, Tommie used to be in a band with Jinx and when I was running the old music website I interviewed Jinx a number of times and went to tons of his gigs. Not a sync but also not, not a sync.

The problem with trying to be unique and original is that while you quite clearly have ground-breaking artists like, say Radiohead or Zdzisław Beksiński or WB Yeats how original are they? Radiohead still use the same chords and notes and scales that are used by every single guitar player ever. Beksinski painted some pretty weird and scary and thought-provoking paintings but he wasn’t exactly the first to do that, he’s the best though and sure Yeats, jaysus Yeats was obsessed with a woman who barely had the time of day for him and when she did finally give in he gave her the most mediocre of 30 seconds ever given a lady. And Christ knows there’s nothing original about any of that.

I got a couple of cards from the divination bot on the Adventures in Woo Woo Discord today, the 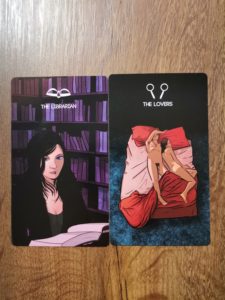 Librarian and the Lovers. I’d asked the ether what to pay attention to today. The quick definition for the Librarian is: ‘This Servant shows us the theory behind the subjects that interest us. She encourages us to study, and ever increase our knowledge.’ while the Lovers’ is: This Servant shows us how to love after the lust has subsided. They encourage us to connect on a deeper level with our partners so that sacred bonds are formed.

Christ on a bike, learn to love yourself Spud and get out of your own way. Ya eejit. But there’s more here, when I was on the Discord I was listening to a recent OEITH podcast, the one about our hero Duncan being touched by a sexy, nun ghost in his bed. He didn’t say she was a sexy, nun ghost, but all nun ghosts are sexy. That’s just fact. He was speaking about when the Buddha would encounter ghosts he would meet them head-on with some Metta, or Loving/Kindness and this would certainly fit with the common belief that ghosts are trapped or lost souls who can’t move on because of some trauma they cannot get passed. If we give love and kindness then they’ll surely see the issue isn’t with us and they’ll move on. Duncan could’ve gotten himself a ghost handjob out of it first and then gone with some Metta but sure he’ll know that for the next time it happens. But the moral of the story and the outlandish synch of him talking about Loving/Kindness at the exact same time as drawing the seond of these cards just bangs the nails further into the message of love, love, love. 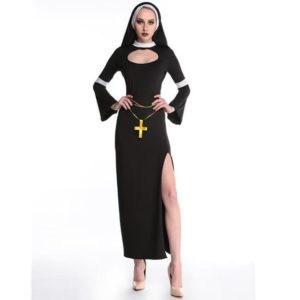 Let’s reverse to the question of originality and uniqueness though for a moment. The reason we all want to be original is that we all think we’re unique even though we both are and aren’t at the same time. That’s non-duality baby! But then how can you be so low on confidence that you struggle to write yet have the arrogance to think you have to be original because you’re supposed to be unique? Why do our minds work in such riddles? Surely the answer is it’s because of our biases and conditioning and all that goes with it. So rather than trying to shoulder the imagined ‘pressure’ of having to deliver something original or unique the answer is surely to create what you want to and be damned if it’s not original. I’m still not sure where this idea came from – do a Binding on it the Magia lads would say – not that it really matters either way because the fact is that we don’t have to be original to be talented, I mean look at any orchestra around the world, they never break out into a jam session when they’re playing Mozart and they’re all still immensely talented musicians.

There’s one more element that the cards speak to though and I want to be careful with my words here. To learn to love myself means to love all the good and the bad and of late I’ve been having some let’s say issues with family members and because they are such a part of me and me of them then I also have to love that part of me. While it’s hard for me to see people who seem to be unhappy living their lives and indeed entering their twilight years not exactly in great mental health I will endeavor to feed the flame of the unconditional love I have for them. It’s not for me to say people are unhappy and it’s certainly not for me to fix anything when it hasn’t been asked for. It breaks my heart to see family unhappy but as many times as I’ve led horses to water you can’t make the nags drink. And that’s not to wash my hands of a situation it’s instead to say, look man, get a grip, it’s not your issue. Just be there, give love, be a good relation. When arguments starts, be above it and do your best to make good memories before the chance is gone.

I feel too as if I have some kind of issue with ancestors. Be they blood relations or ancestors in a sense of the path I’m on and they’ve been along a similar road. I still can’t quite place my finger on it – do a Binding eh? -. An urge came over me the other day to buy a candle, a bee’s wax candle, don’t use those petroleum ones for the love of God because you may as well be sucking off a car’s exhaust with them yokes. It would look nice on the mantlepiece and a nice way to remember them, even involve them over the Christ-a-mass, as it’s called in Dublin, if that’s possible? I don’t know where the idea came from but since the idea came to me there have been some synchronicities. You know, we’re all someone’s son or daughter and all of our parents have made mistakes and all of their parents and theirs too. It’s the nature of life, we are not perfect, we are not original, we are not unique, we’re not even all that different. We all bleed red and shit brown and the consciousness that experiences the world though my eyes is the same consciousness than experiences it through yours. But, look, we are here and alive and we owe it to the ones who have come before us, and who had it a whole lot tougher than us too, to live as well as we can and with as much love as we can because when it’s gone, that’s it, it’s gone.